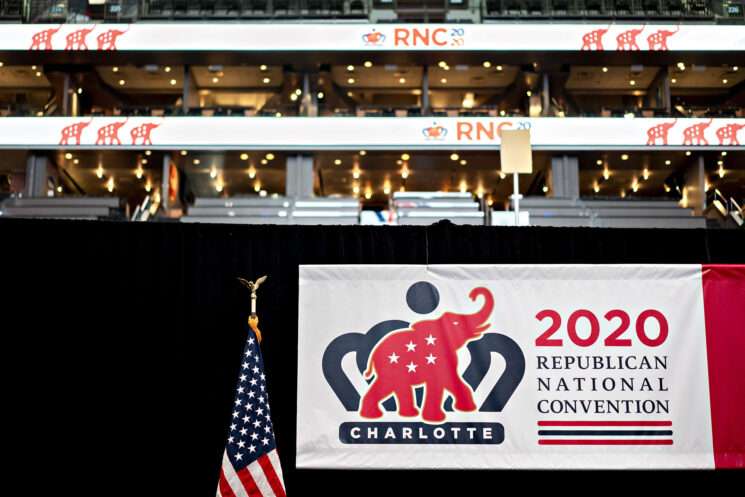 As you probably know, RNC is a convention that nominates its candidates, and in 2020, it nominated President Donald Trump and Vice President Mike Pence for reelection. The event hosted important persons from the Republican Party that strongly backed and remained devoted to President Trump. Due to the COVID-19 pandemic, the event was held remotely.

This convention has a very long tradition as it was first held back in 1856 in Philadelphia, Pennsylvania, which was only a couple of years after the Republican Party was initially formed.

Some of the renowned names visiting this event were former United Nations Ambassador Nikki Haley, South Dakota Governor Kristi Noem, Tim Scott, Joni Ernst, and many more. It was the event where Trump and Pence officially accepted Republican Party’s nominations. 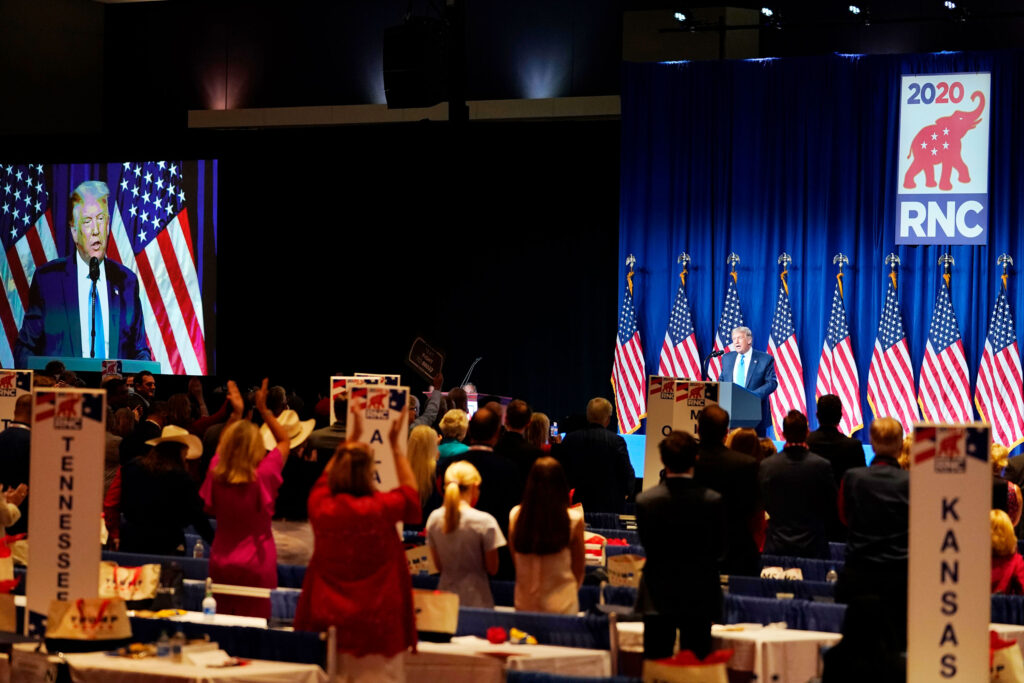 The organization of RNC 2020 was quite a rollercoaster and did not go smoothly as planned since it was originally planned to be held at the Spectrum Center in Charlotte. However, due to the COVID-19 pandemic, it had to be relocated since the North Carolina state government refused to agree to Trump’s stipulates to allow the RNC to take place in front of a full crowd without any type of health measures that were at large during the pandemic.

Afterward, Trump decided to move the event to Jacksonville, Flordia, but these plans were canceled as well. Subsequently, the RNC took place in Charlotte, but it was not nearly large in scale as it was originally planned. It was similar to a formal and secluded business meeting, but it was enough to hold the traditional festivities.

Trump held his acceptance speech on August 27, 2020, and formally clinched the Republican nomination. In this nomination, Trump got 1.276 pledged delegates and successfully became a candidate of the Republican Party. The convention was four days long, and the speakers were broadcasting their speeches remotely. On the first day of the convention, entitled “Land of Promise,” some of the notable speakers were Tim Scott, Steve Scalise, Nikki Haley, and Donald Trump Jr.

Thursday, August 27th, was reserved for Trump’s acceptance speech, and the event was named “Land of Greatness.” Ben Carson, Mitch McConnell, Kevin McCarthy, Tom Cotton, and Ivanka Trump were also scheduled to speak on this day.

The Republican Party proceeded to lose the elections in November 2020 to the Democratic block led by Joe Bidden and Kamala Harris. Although Trump refused to concede and led multiple tries to overturn the election, he lost, and Joe Bidden was named 46th president of the United States.