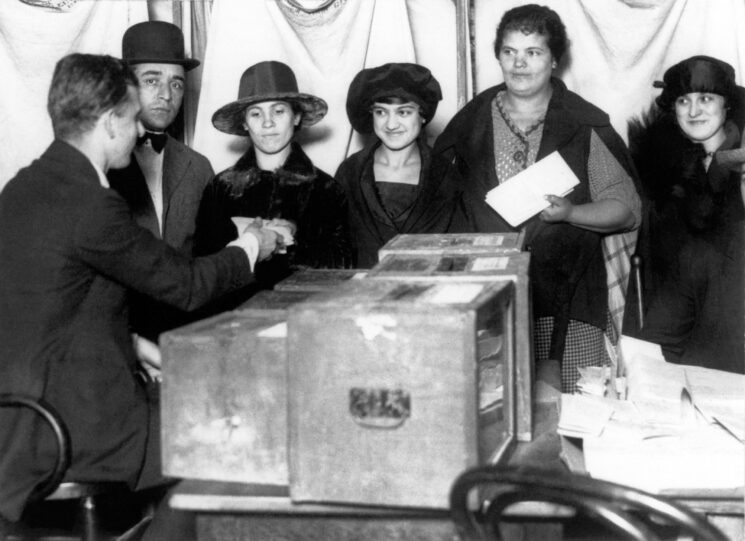 Tomorrow history will be made by President Donald J. Trump and Vice President Michael R. Pence as they officially accept the Republican nomination for President and Vice President. Today, though, we pause to celebrate another national milestone: on this day in 1920, the 19th Amendment became law, finally granting women the right to vote.

The first 100 years of women directly shaping our democratic system has fundamentally rewritten the American Dream to include women, which has proven critical to the prosperity of every American. And on this centennial, women continue to break barriers and shatter glass ceilings.

As a former New Yorker, I built my career in a time when I was often the only woman in the room — sometimes the only woman on the entire team. Now, we see a major shift in that dynamic with women empowered to make their voices heard in seats at the head of the table.

During my time serving in the White House as the Director of Management and Administration, I saw this firsthand. Just as the administration did then, the Trump-Pence Administration continues to prioritize the representation and respect of women in all roles, especially leadership.

Together, we make up the leadership team for convention, and for the first time in history, this team is composed entirely of women. Ronna and Toni Anne have been instrumental in paving the path forward in the Republican Party, and I am proud to lead alongside them as we work with President Trump and Vice President Pence to continue winning for the next generation of women.

This president recognizes that women are action-oriented and results-driven. He knows that all issues are women’s issues. That is why the administration has negotiated trade deals to benefit all American workers, lifted countless Obama-Biden era burdensome regulations off small businesses and lowered drug costs to ensure all families can access the care they need.

At the same time, the president has championed policies like paid family leave, passed landmark tax reform, which doubled the child tax credit, and has directed more than $200 million per year to technology education grants for women and programs that encourage participation in STEM careers. Leadership that produces results rather than pandering is what woman want, and that is what we have in President Trump and Vice President Pence.

As we honor 100 years of “votes for women” and recognize the fierce allies women have in President Trump and Vice President Pence, we celebrate the heroes, rising stars and the next generation of Republican women. We hope that you join us in commemorating all that has been accomplished in the last 100 years and all that is still to come as we – women nationwide – answer the call and continue the fight our heroes began for our ideas in this democracy and the prosperity of our nation.