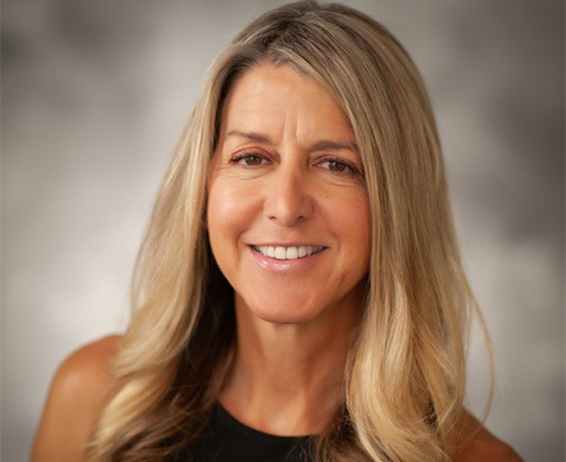 The Infrastructure Block is comprised of Operations, Media Operations, and Logistics Flow and Signage.

Chris Lesko was born in Lorain, Ohio and is the youngest of four children.

Before coming to Charlotte, she held leadership roles with the NBA focusing on facilities and the Cleveland Cavaliers where she worked for 22 years.

How did you get into sports?

At the age of 11, my dad explained football to me and all the rules from the comfort of our living room. At the age of 12, he took me to a Cleveland Browns game and from there I was hooked!

I used to sit in the stands and ask my dad how I could work there? As I got older, I still had the same passion for sports and a determination to work in the industry however, there were no women in sports and no sports management programs in schools.

At the time, there were only a handful of women and none in leadership roles.

How did you grow within the Cavaliers organization?

I worked with Gayle Bibby-Crème in 1994, and when she became the first female VP of the Cavs in 1997, she gave me my first opportunity to work on a major event when the 1997 NBA All Star Game came to Cleveland.

From that point, Gayle took me under her wing and became a dear friend and mentor, and she awoke a passion in me for working large scale events.

In 2016, when the Republican National Convention came to Cleveland, I was the building liaison for the Q. At the time, Marcia Lee Kelly was the Director of Operations, and I knew immediately that I wanted to learn everything there was to learn about building out a convention.

I was at every single walkthrough, took notes, learned things about the building – but it was also important to me to extend the best customer service. I averaged 80-90 hours a week many times, but the experience was one for the books considering we were planning a convention and the Cleveland Cavaliers were on their way to a championship.

What did you do after the 2016 Republican National Convention?

When the convention team left, it was like a part of my family had left the state. I felt honored to have been a part of this once in a lifetime experience. I continued on with the Cavs, but realized it was time for me to pass the torch and also to learn something new for my professional growth.

I moved to New York City for a job with the NBA. It was a wonderful job, but a change of pace from large events. Marcia called me and asked if I would be interested in coming to work on the Committee on Arrangements.

I’ve been supported by some wonderful people in my career, but the two that are mentors to me have been Gayle Bibby-Crème and Marcia Lee Kelly, so of course the answer was yes.

How do you think you left your mark at the Cleveland Cavaliers?

I left a family atmosphere and people that went from coworkers and colleagues to becoming my friends and second family. I passed my former role on to another woman, it took me 10 years in the industry before I felt like a player in the room. Since then, I have always liked to hire and empower women to find their voice and do more within their role.