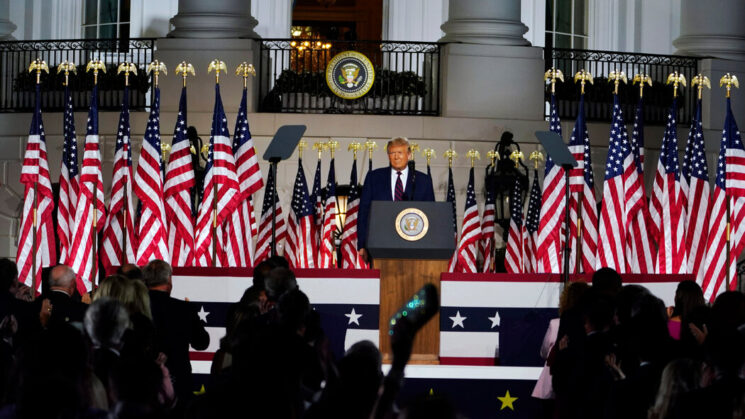 The official business of the 2020 Republican National Convention, including the formal nomination of President Donald J. Trump, was held in Charlotte, North Carolina on August 24, 2020. This vital party business is, of course, the primary purpose of any national convention.

Other important convention business will also take place in the “Queen City,” including the Convention Committee on Credentials meeting and the publication of proceedings. As the North Carolina Governor’s Executive Order prohibited convention celebrations in Charlotte, the Republican National Committee modified the rules to align with the state’s current restrictions in place so that fewer delegates and staff are required to gather in Charlotte.

This was one historic convention in support of the Republican Party’s winning leader: President Donald J. Trump.